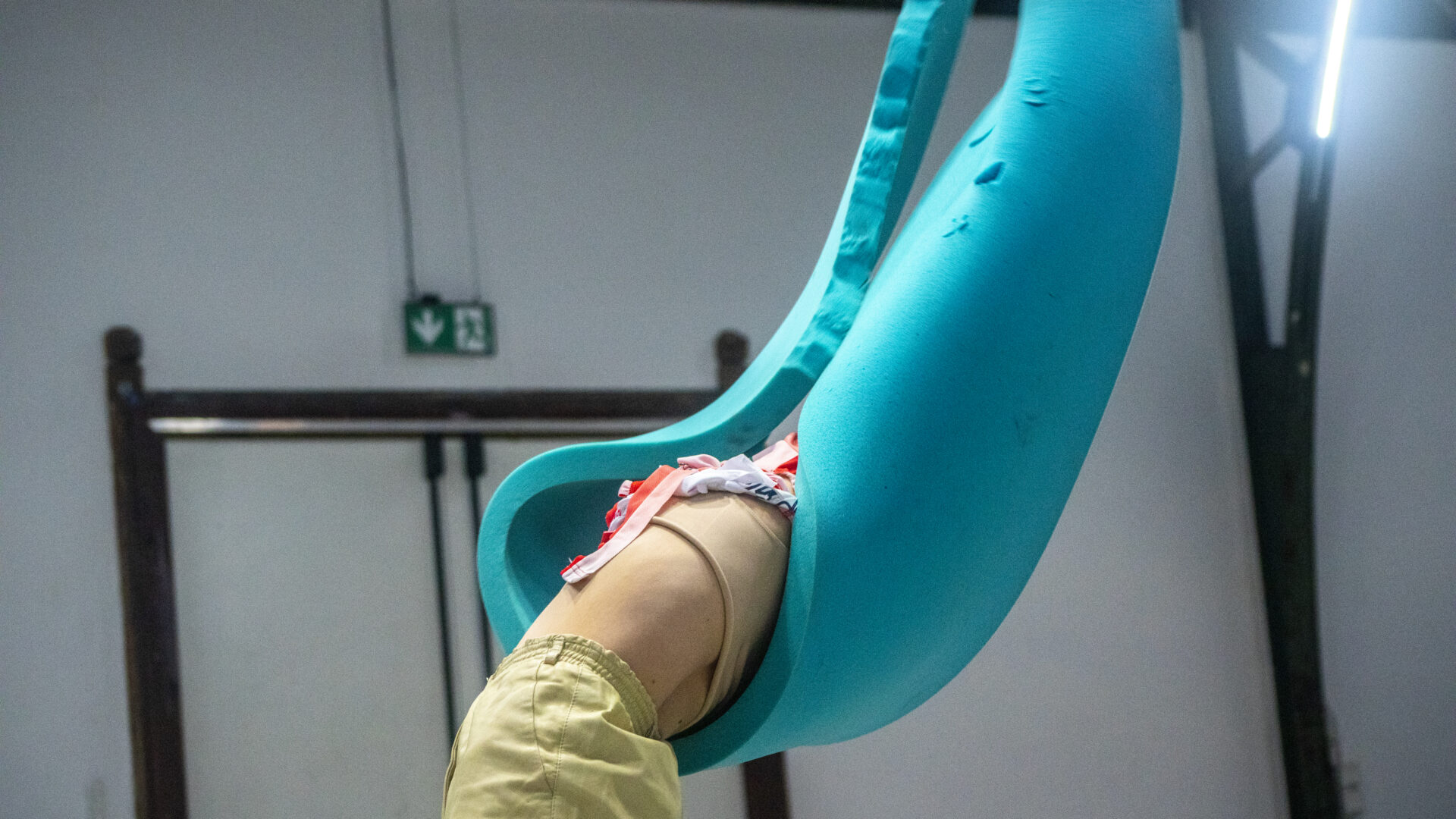 Through a subtle and precarious approach, An attendee tries to guide the audience’s perspective into the details of space, along the edge of (un)spectacular events, towards the frictions of different encounters. Small stimulations open up to bigger questions, emotionally and energetically charged, as a single performer finds themself in the company of a set of things, fragments and sounds. Upon encounter they transform into subjects, into micro narratives and locations, sketching out a place of memory, loss and hope, where leftover voices give their account. As the performer moves along and with them, a precise, soft and concentrated body emerges that tries to attend to these accounts, encapsulated in the environment. In the attempt of overcoming a present state of affairs towards another state of “future”, the performer has to meet its own projections, obsessions and internalised violence and wounds.

The practice that this work brings to the foreground tries to investigate the utility of being in a broken place, that prior to fixing or saving, asks to be embraced with delicacy and care, with trouble, yet attention. The viewer is invited to join and rest in this space too, without pushing for answers, judgement and absolution, and to give in to disquiet.

Antonia Steffens (Germany, 1992) studied contemporary dance and choreography in Cologne and Amsterdam. In her practice, she looks for a dialog in between spectatorship and material, often to be found in an environment made out of movement, objects, materials, light and sound. Her practice researches ways of attention that exceed the separate/binary idea of subjectivity and focuses on the concept of co-emergence.

In fall 2019 she co-initiated “Unfamiliarities’, a platform for artists to show work in process. For its realisation she teamed up with QRU and Subbacultcha Amsterdam. In 2020 she was invited by Julian Weber to be a represented artist for “New Fears”, Gallery for dance and performance, Berlin. In late 2020 she co-curated 10 days on Movement for Veem House for Performance together with her colleague Keerthi Basavarajaiah. Next to “An Attendee” she developed the work “Spinner’’,  together with her partner Sigrid Stigsdatter which was presented in “Batard Festival 2021” and is set to officially premiere at Flam Festival 2022. Her works have been produced, supported by and shown at Veem House for Performance, Nicole Beutler projects, Flam Festival, Frascati Theatre, Dansmakers Amsterdam, Tanzhaus NRW, Come Together Festival, Front Raw Festival, Festival Art in Oost, Bologna C.C., Batard Festival and more. Further, Antonia works as a performer, dramaturg and advisor.

“Steffens’ work poses questions about the arrangements in our world, and how historical, political and social grounds continue to resonate and vibrate in our bodies, how they determine feelings and actions, without us always (wanting to) be aware of it.” – Fransien van der Putt, Theaterkrant

Interview: meet the co-curators of the November 10×10 program