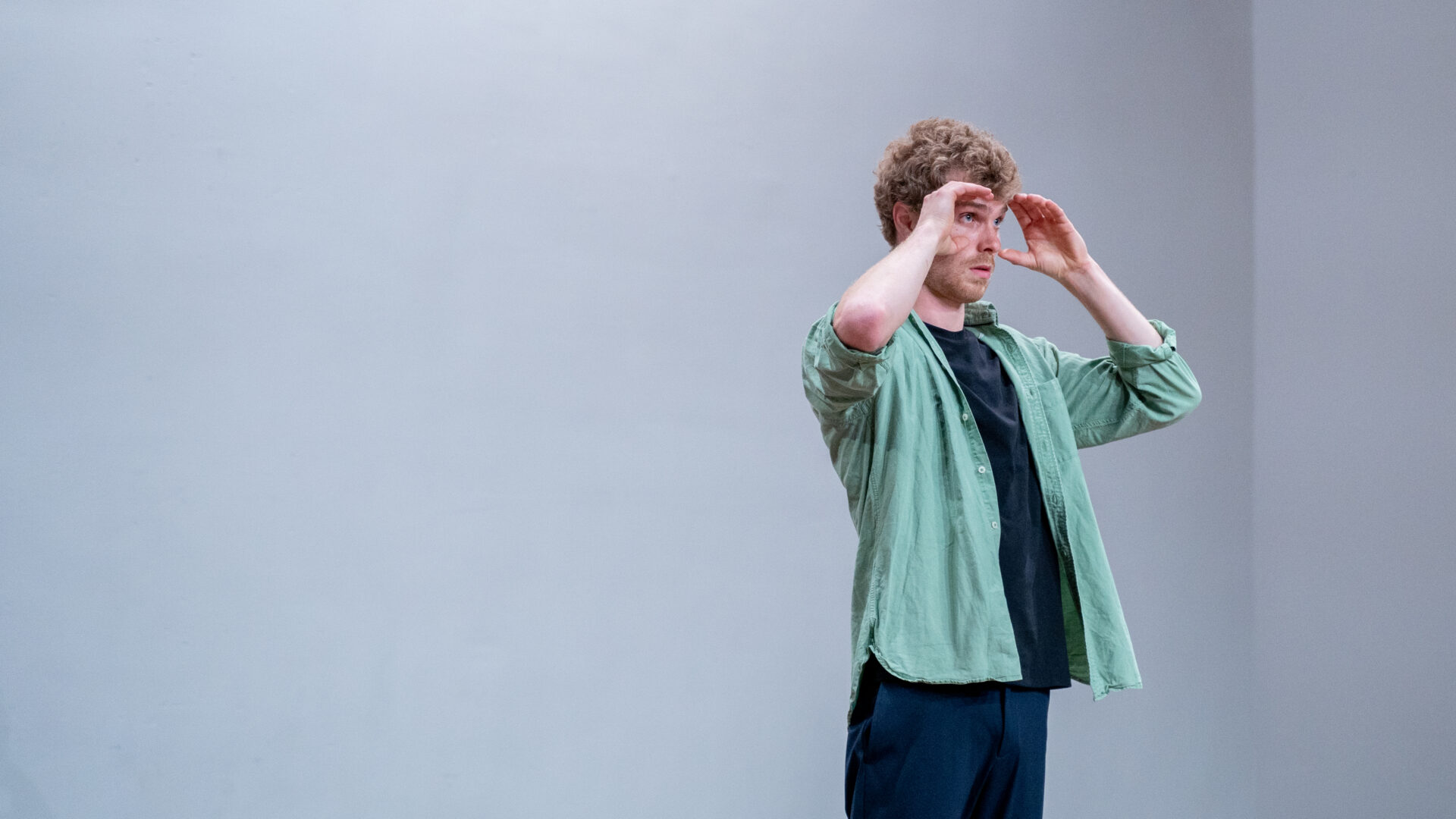 I, Phone is a moving portrait of contemporary man in relation to the smartphone. The multitasking of scrolling, apping, taking a screenshot, swiping, etc., accumulates into a virtuoso movement performance. An analog body surfs through time and space on a non-stop wave of information. Gradually, man and technology merge and a portrait of the homo cellularis is created.

I, Phone is the first in a series of movement performances in which Rob Smorenberg uses our human musculoskeletal system to translate everyday themes into formal abstractions.

In his work as a maker, Rob Smorenberg seeks an aesthetic abstraction of our daily actions. As a performer, he has been associated with De Warme Winkel for several years and has appeared in De Warme Winkel speelt De Warme Winkel, De Drie Musketiers, Vincent Rietveld gaat voor de Louis d’Or and Afscheidstournee.

Try making a performance about our actions with our smartphones. Rob Smorenberg can do that and forges them into a smooth solo. […] Every detail matters, it’s precision work. – Theaterkrant