In the Long Now Lab a small group of people gather regularly for performances and work-and-think sessions at Veem House for Performance. We invite participants to go deeper: through conversation, imagination and workshops, with the aim of collectively creating ideas and proposals. Long Now refers to long-term thinking and the awareness that the present is part of the future. We create a laboratory where we can work and experiment together, where we can put ideas and proposals into practice.

‘Movement’ in its different connotations -from dance to social movements- will be our common thread throughout the sessions. Zooming in and out from the micro to the macro spheres we will have sessions on the relationship between class and dance, intersectional and body politics, social and climate justice and reparations.

Some questions we will investigate during the Long Now Lab #3 are:

What does it mean to politicize our gaze both as individuals, part of a society and as artists, cultural workers, curators responsible for cultural production?

How can we protect our visions and movements from the subsuming social media trends that commodify and neutralise our fight for social justice?

What are the gaps between aesthetics and ethics in a visually oriented society that tends towards shock culture?

Paula Chaves Bonilla is a Colombian non-binary lesbian. She/he works as a director, choreographer, performer, teacher and activist and is based in Amsterdam. Born and raised within the boom of narco-paramilitarism and the expansion of neoliberal politics, she/he conceives art as a survival strategy and device able to hack the hegemonic power structures at play. Marked by her/his migratory paths, Chaves Bonilla’s artistic research is situated at the intersection of trans feminist practices, social critique, journalism, experimental dance and fiction as sites where to imagine transnational anti-capitalistic and anti-imperialist modes of existence. In The Netherlands she/he made: Paraart, Against The Wall, Down is Up and Omni Toxica while joining Amanda Piña’s long-term project Endangered Human Movements as a dancer and assistant choreographer. Her/his works have been shown in festivals such as: Moving Futures (Amsterdam), Theater Aan Zee (Oostende), Theater Spektakel (Zürich), My Wildflag (Stockholm) & Welcome to our guest house (Rotterdam). Read more…

Hodan Warsame
Hodan Warsame is an anti-oppression educator and advisor inspired by intersectional and decolonial feminisms. Through organizing workshops, creating anti-oppression strategies for organizations and making media, she creates spaces for herself and others to develop critical and liberatory understandings of ourselves and the world.  She is a co-initiator of Decolonize The Museum, an intervention at the Dutch National Museum of World Cultures active between 2014 and 2017. This was a collaborative effort aimed at uncovering and subverting colonial narratives within this ethnographic museum. Hodan also founded Redmond, an intersectional feminist collective active between 2013 and 2017 that created critical online and offline spaces for women and queer people of color to share new understandings of Dutch politics, pop culture and colonial history. Hodan currently focuses on strategies for radical institutional change for justice, both from the outside and inside of organisations. Follow Hodan on Instagram.

Zwoisy Mears-Clarke
Zwoisy Mears-Clarke is a choreographer of the encounter. He uses the expanding potential of choreography to confront mechanisms of oppression, including ableism, racism, black-&white-ness, neo-colonialism, and sexism, that sabotage human interaction both systematically and interpersonally. Dance thus becomes temporary environments that can suspend the everyday duress of discrimination, colonial nostalgia, exclusion and prejudice. Through dance, or rather collective movement, he desires to open encounters that might otherwise seem unreachable, creating opportunities to move differently with one another. His development as an artist has been guided largely by Mary Cochran, Anna Mülter, Joy Mariama Smith, Gabi Beier, and various Black feminist community leaders. Currently, he is based in Rösrath, Germany. Read more…

Teresa Borasino
Teresa Borasino is an Amsterdam based artist and activist. Her work is centered on climate justice through different practices –performance, intervention, research, disobedience and their intersections–. She often works in collaboration with other artists, academics. In 2016, she co-founded Fossil Free Culture NL, an artist/activist collective that confronts the influence of the fossil fuel industry over our cultural sector. Fossil Free Culture NL creates Disobedient Art, acts of disobedience that motivate through joy, desire and empathy, using performance as boundary-pushing political interventions that aim to effectively transform reality. Read more… 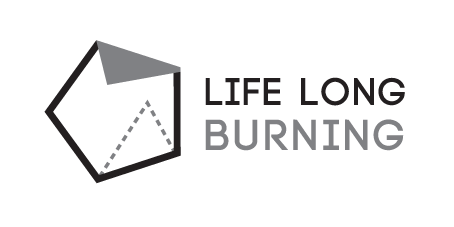